While many have perceptions of Canada as a year-round winter wonderland, that’s not the case throughout our country. 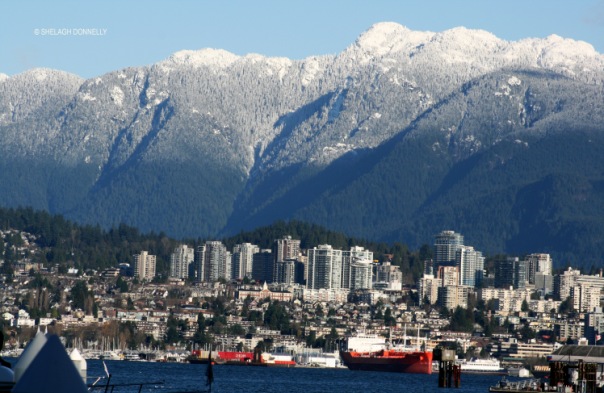 Here in Vancouver, snow on the mountains is not uncommon in the winter months. 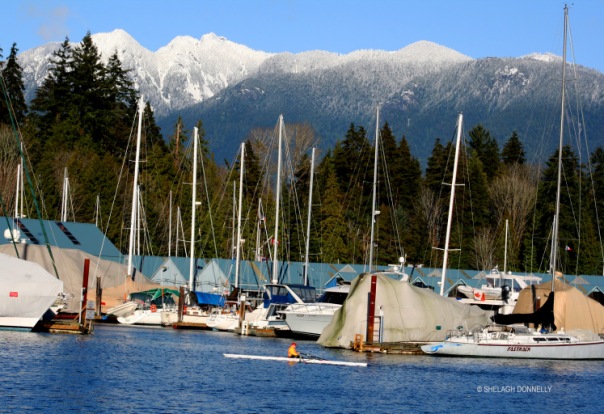 Even when there is snow up in the hills, though, it’s usually green and damp here in the city. Last weekend, after two months of almost daily rain, we were in for a treat. Locals, such as the kayaker above, were out and about. The weather was spectacular – crisp and cool – and called for sunglasses.

Since it’s a major event when snow falls in the city itself – and even more so if it doesn’t immediately turn to slushy rain – I rushed to capture this image outside our living room window earlier this week.

The trick with snowfalls, however small and however briefly they last, is that many people in Metro Vancouver are simply unused to driving in the white stuff. It made for some interesting commutes.

However, it also makes for some beautiful images and enchanting walks once you’re done commuting. More shots to follow!

← Now
Karen Richmond is Coming to Real Careers this Week →

This site uses Akismet to reduce spam. Learn how your comment data is processed.

UK Parliament - Shelagh will provide onsite training for the PAs of the UK Parliament2020/06/10
3 months to go.

Or browse by category

Content, including photography (with exceptions including, but not limited to, images contributed by readers for Real Careers interviews), copyright © 2013-2020 Shelagh Donnelly. All rights reserved.

What’s on your boards? I pin Real Careers alumni, thoughts for the day, Weekend Poll results, and a lot of great travel

Looking for something specific?

Content, including photography (with exceptions including, but not limited to, images contributed by readers for Real Careers interviews), copyright © 2013-present Shelagh Donnelly. All rights reserved.