Those in snowier climes will scoff at this, but we’ve had a tough time of it in Vancouver.

Before you get excited about those in the first world who think they have problems, I do know just how good we have it here in Vancouver, but please indulge me for a moment. For starters, we’ve actually had snow.

On multiple occasions. That’s not normal. Next, it’s landed not only on those gorgeous mountain tops of ours, where we hope to see it. This Winter, snow repeatedly made its way down to sea level.

Many people have visions of Canada as a massive, snow- and ice-capped land mass with very polite people residing just north of the USA. Setting aside the general accuracy of stereotypes about our manners, this is one diverse country. Snow belongs to those east and north of BC’s Lower Mainland, aka Metro Vancouver. I know, because I’ve lived in some of those other places.

Here, we’re accustomed to umbrellas and relatively light outerwear. We’re well prepared for overcast and even foggy days at beautiful spots such as Kits Beach, in the colour (yes!) photograph above.

However, even this Winter is coming to an end.

For starters, the snow has given way to rain.

… and, this weekend, to some actual sunshine.

I’ve seen hummingbirds outside our windows as early as February this year, but they – and the turtles – were out in force yesterday at Van Dusen Botanical Garden.

With Spring just a couple of days away, the turtles were not fully ready to come out of their shells …… but they were definitely sunning themselves.

I felt fortunate to have caught this wee hummingbird in flight. Look at those wings in motion!

It was enroute to joing others who were also flitting to and from feeders, delighting passersby.

If you’d ever like a study in contrasts, imagine the length of some of the camera lenses focused yesterday on these tiny birds. Call it lens envy or whatever you like but I suspect that, collectively, the value of some of the nearby cameras and lenses yesterday would likely have amounted to a hefty down payment on our first house!

Back to the birds, now: Their tiny size is deceptive. If you have hummingbirds nearby, you’re likely to hear them before you see them.

That’s because they flap their wings so very quickly – I’ve read that they’ve been recorded at 200 beats a second – that they generate a buzzing sound.

It’s also fascinating to watch their variations in flight. Have you ever seen a hummingbird fly vertically? I did yesterday, as one of these sweets flew directly up at least 18 feet in the air. They’re able to move like elevators – straight up and down – as well as forwards and backwards because of their bone and muscle structure. 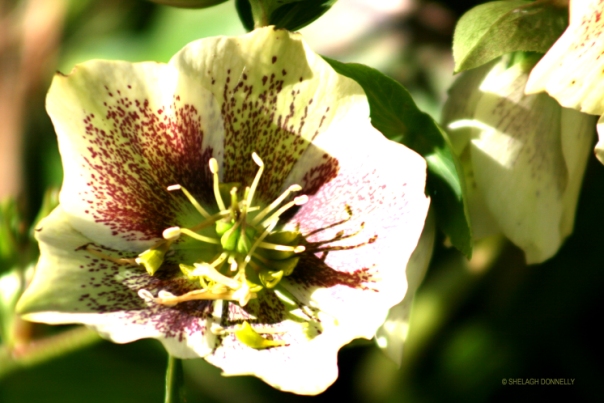 Whatever their talents, I’m always grateful for their visits, and for Spring’s arrival. How about you?

← Lucky
Debra Jacobs is Coming to Real Careers this Week →

This site uses Akismet to reduce spam. Learn how your comment data is processed.

Want to learn by webinar? Check Shelagh’s Evenbrite page at  https://exceptionalea.eventbritestudio.com/ for webinars on everything from meetings and minutes to cybersecurity, supporting a board of directors and much more.

All Shelagh’s webinars come with 30-day access to recordings.

Shelagh’s presenting (virtually!) Down Under:

Or browse by category

Content, including photography (with exceptions including, but not limited to, images contributed by readers for Real Careers interviews), copyright © 2013-2020 Shelagh Donnelly. All rights reserved.

What’s on your boards? I pin Real Careers alumni, thoughts for the day, Weekend Poll results, and a lot of great travel

Looking for something specific?

Content, including photography (with exceptions including, but not limited to, images contributed by readers for Real Careers interviews), copyright © 2013-present Shelagh Donnelly. All rights reserved.